Looking at things the way they once were...
How I see it

Digging for gold from early dawn until dusk was definitely a backbreaking job, but those men who traveled across country and from around the world had the fever. They wanted their chance at that BIG gold strike. My great, great grandfather was one of them. Luckily for us, he kept a journal during his journey. It was so well written that it rests under glass in the Bancroft Library at the University of California, Berkeley.

Can you imagine a miner had to find an ounce of gold a day to just break even? Most miners barely found enough for daily expenses. The peak production of placer gold occurred in 1853. Every year after that, more and more men arrived in California, but less gold was found.  Thousands of disillusioned gold seekers returned home with little to show for their endeavors, glad to escape with their health. A fair share remained, searching for a job. They became the backbone to the settling of California. My grandfather ended up not going for the gold, but setting up his medical practice instead. A lot of fortunes were made not in the gold fields, but in supplying goods, meals, and comfort. 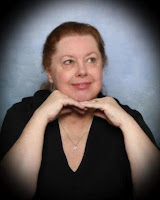 I found this rebuilding of the lives and communities an exciting time in history. My story Paradise Pines Series: Night Angel is set after the boom, when many miners, broke and looking for wages, stayed in Paradise Pines, a town developed during the gold rush. Some let disappointment send them into lives of drink and gambling. Others pulled together to rebuild their town and setup businesses, some of which still stand today in Placerville, the town I fashioned this community after. My hero anonymously gives aid to these downtrodden townsfolk by traveling through abandoned tunnels under the town. When the heroine comes to town with hopes of rebuilding her life, he wants to keep her in town and promises he'll make her dream of having her own music hall a reality.

Paisley Kirkpatrick is one of the fellow authors I am pleased to share with your from Desert Publishing. Paisley, who writes her stories in a different and unique way also opens the doors for us to take another look at the past and how it became such a part of our lives today.

Check out more about Paisley and her writing over at www.desertbreezepublishing.com
Posted by Unknown at 8:22 AM