Transporting to Worlds Beyond with Tina Pinson 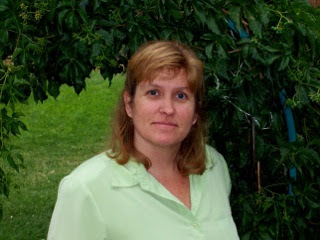 Tina Pinson resides in Mesa, Arizona with her husband of thirty plus years, Danny. They are blessed to have three sons, and seven grandchildren.
Tina started her first novel in elementary school. Her love of writing has caused her to seek creative outlets be it writing poetry, songs, or stories. She also loves to doodle and enjoys gardening.
It is her prayer that her stories, though fiction, will transport you to worlds beyond and touch your spirit and give you a closer insight to yourself and God. 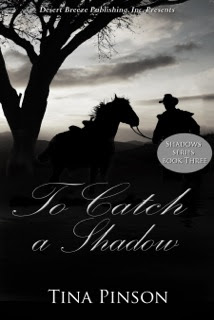 In the Manor of the Ghost, Touched By Mercy, To Carry her Cross, and the first three installments of the Shadow Series When Shadows Fall, Shadowed Dreams and To Catch a Shadow are available through Desert Breeze Publishing and major retailers like Amazon, Barnes and Noble and Christianbooks.


In the Manor of the Ghost is now available in print.


This Shadowed Land (Shadow Series Book 4) releases early 2013. It continues the story of Matthew and Rebekah on the Oregon Trail. Look for Then There was Grace a contemporary tale of a man coping with life and three-year-old twin daughters after losing his wife in a 9/ll type event, and Christmas in Shades of Gray and offbeat contemporary Dickens type Christmas tale in September and December respectively.

.
When Shadows Fall
Touched By Mercy
In the Manor of the Ghost
Shadowed Dreams
To Carry Her Cross

Back to those memories with Miralee Ferrell

Question for readers: I’ve written contemporary, Historical romance and Old West/western romance (more action/adventure than your typical historical ‘gentle’ romance).
Do you have a preference between the three, and does it bother you if an author writes in more than one genre? Do you tend to purchase the genre or the author, or both?
Opening scene
Blowing on Dandelions:
Katherine Galloway’s soft exhale sent the dandelion fluff dancing on the warm current of air, but it didn’t bring the anticipated relief. Gripping the stem, she sat in the grassy field with her eyes closed and waited. Why didn’t it come? It had always appeared years ago when she needed it. How long had it been since her mind had drifted away to a place where nothing could hurt her? Fifteen years? Twenty? She shook her head, and an errant curl tickled her cheek. More. Many more. But always her memory returned to those times when the dandelion fluff had carried her away to a place where mothers were loving and kind, and little girls didn’t need to be afraid of cutting words or sharp voices. Had she ever known a time like that, other than in her dreams? Katherine had thought she did, but now she knew: It was all an illusion, like the sunbeams glinting off the bits of white settling to the ground. Seeds—that’s all they were. Seeds that brought unwanted weeds when they matured. Just like her life. Katherine pushed to her feet, letting the dandelion stem dangle from her fingers. There was no fantasy world where thirty-two-year-old women—or little girls for that matter—could ride the dandelion fluff and become someone they weren’t. No. It was time to put the past behind her. Mama was coming to stay at her house tomorrow, and somehow Katherine had to survive.
Posted by Unknown at 11:12 AM 1 comment: