She Writes by the Seat of her Pants 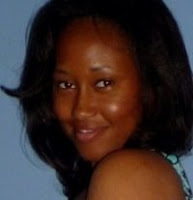 From childhood, K. Victoria Chase enjoyed writing stories and plays and reading Christian romance. She received degrees in Criminal Justice and Diplomacy and worked as a federal law enforcement officer for several years before deciding to try her hand at writing a complete novel. Serial Games (Virginia Justice Book One) is the third completed work and the first published by Desert Breeze Publishing. Book two of the series, Marked by the Mob, will be released in November 2012. She has recently signed with Astraea Press for the first in her Santiago Brothers series, Rafael. Until she can make writing a full-time venture, K. Victoria Chase continues to work in the field of counterterrorism, identifying potential terrorists that threaten the United States and the world. She currently resides in Leesburg, VA and writes both clean and Christian interracial romance

Shirley: Welcome Tori. How did you come to be a writer?

I used to write short stories and plays when I was young, but when I was stationed in Colorado Springs, I started dreaming scenes of a love story and decided I needed to go ahead and do what I’d been considering for years: write a complete novel. Since I didn’t have any friends in Colorado (sad, I know), I had plenty of time to hammer out a 120k+ novel set in 1960s Alabama.

Shirley: Tell us how you come up with your characters.

This is a tricky question; they just come to me. Whether I’m listening to music or watching television, a shell of a character will come to me--usually a manly man (of course) and a strong heroine who needs to fall hard, haha.

Shirley: Of all the characters you've created, which is your favorite and why?

Tori:  Oh boy, another tough question. Hmmm, I’m writing a romance set in post-Apocalyptic United States, complete with zombies, and I’d have to say the hero, Roman, is my favorite character. He is a mix of hard and tenderness, a person who can make the tough decisions, but readily accepts the influence of a woman. I’m going to love writing his love story because he’s a man who needs a woman to love--you know the type? ;-)


Shirley: What accomplishment(s) are you most proud of, writing-related or not?


Tori: Writing related, I just landed on Amazon’s Top 100 Multicultural Romance Bestseller list reaching #65 for my newest release, Rafael: The Santiago Brothers Book One. This is a Christian interracial romantic suspense and it’s a real pleasure to see a book with a clean romance with a religious theme right there with the spicy books.

Shirley: How long does it normally take you to write a book? How many books do you write per year?

Tori: This year I’ve planned to write four books. As an e-published author, readers will forget about you if you don’t publish every quarter. I can write a book in as little as two months, and actually prefer a deadline since I’m such a procrastinator--and I work well under pressure. My first book took me eight months, the next thirty days, and the following three books I spent about two months or so on each.

Shirley: Wow! That's impossible for me! What kind of planning do you do before writing a novel?

I write by the seat of my pants. Normally, I’ll start writing a kissing scene and then return to the beginning of the novel. After a couple of chapters in, I’ll write a short paragraph summary for each chapter detailing the main POV, the GMC (goal, motivation, conflict) and whatever backstory I need to introduce, then I’ll continue writing. Why the disorder? I’m too impatient  to write the summaries first! Only when I’m forced to chart some sort of a path will I, well, chart.

Shirley: In your opinion, what is the greatest danger or pitfall in the life of a writer?

Tori: I think not finishing the novel is the biggest pitfall. So many people are working on the same manuscript day in, day out, year in, year out. Just finish it. It won’t be perfect. People draft their stories over and over and you know what? By the time you write ‘the end’ (if you ever get there) the story would have changed. That’s one good thing about being a pantser (writing by the seat of your pants): you aren’t hindered by a sudden plot change and aren’t forced to restructure the whole plot--we just ‘go with it.’ I don’t mean to trivialize anyone’s writing process, but bestselling authors have said the same thing: finish the story. Honestly, you’re not going to learn every writing technique before you finish and you certainly won’t master them in your first manuscript; don’t get hung up on any excuse that has kept you from writing, ‘the end.’ Think about the amount of time you’ve spent on your current WIP (work in progress) and know that somewhere else, another writer has probably finished multiple stories and has published at least one, if not a few, AND is probably contracted on a few of them as well. That can be you. We want to read your novel, so finish it!

Shirley: What is the best lesson you have learned from another writer?

Tori: Other than write enough novels to publish one every quarter, and learning about Debra Dixon’s GMC book (wonderful tool), I’d have to say the best lesson was to submit my work often and to many industry professionals. If I hadn’t, and kept myself limited to CBA (Christian Book Association) agents/publishers, I wouldn’t be published today.


Tell us how you best reach new readers.


Tori: I still believe word of mouth is probably my biggest marketing technique. I know a few readers have found me on reader/writer forums such as Absolute Write and on Goodreads, but I’ve had just as many or more people tell me they’ve recommended my books to other readers. Plus, I blog fairly regularly on my publishing experiences.

Shirley: Good advice. If you were in the middle of a book signing, what would be the first question you would ask the potential reader?

Tori: How did you discover my book? I’ve read that social media (such as Twitter) does little to influence people to buy an author’s book, so I’d like to know if they bought the book because of a search in that category on Amazon, or if they heard about it through the reader “grapevine.”

Readers: Checki out how you can connect with Tori. And be sure to write in and answer Tori to get a chance to win a copy.


The Santiago Brothers Book One: Rafael

The last time Detective Genie Green let a man humiliate her was her college sweetheart—never again. Yet, when former high school lothario Rafael Santiago returns to town as the consulting detective on her case, Genie’s rule of never allowing another man to best her is challenged. Can she trust him long enough to solve this case and get the glory?


Rafa can’t seem to outrun his delinquent past. When The Snakes, a criminal organization he used to belong to, begin murdering people from his hometown, he has a chance to right some of his past wrongs. Will arresting the murderers be enough to redeem him, or will a certain beautiful detective pay the ultimate price instead?

FBI profiler Maggie Weston has a reputation for identifying the most gruesome of killers. But her reputation is put on the line when US Marshal Brandon Worth walks into her office with news the one case that haunted her the most, John Michael Burrows, has escaped federal custody. Brandon needs her help; she understands how Burrows thinks and the best tracker on the east coast isn't about to pass up her expertise. Maggie and Brandon have to work together to catch a serial murderer and the closer they get to Burrows, the more their hearts become involved. While insecurities and bitterness threaten a budding relationship between Maggie and Brandon, an elusive killer terrorizes a small Virginia county with a game he plans on winning.


Maggie's eyes slowly traveled the width of the elevator door until they found Brandon's reflection in the mirrored panels lining the inside of the car. Broad shoulders rippled down to muscular biceps that contracted with the force he used to grip the rail behind him.
She needed to assert herself now.
I'm going to go over some of the documentation the district attorney's office faxed us to see if I might be able to find the missing link enabling Burrows to escape custody."
Brandon's eyes narrowed. Obviously business wasn't what he wanted to hear, and how easily he could read her discomfort troubled her. He had an uncanny knack for interpreting her body language. What did that mean? Whatever it meant, she didn't have the time to analyze it now. She straightened her shoulders. "Knowing who helped him escape can perhaps shed some light on his next move."
Brandon's level stare remained.
Ok, he's not buying it. Regardless, I refuse to fall...
"Do you forgive me?"
"What?" The question about forgiveness startled her. He had apologized but she wasn't interested in discussing it. All she wanted to do was wash the smoke out of her hair and crash. It was going on midnight... or past it; she had lost track of time.
In one stride he was in front of her, one arm around her waist, the other guiding her chin up. His lips were warm and smooth as they glided over hers. He pulled back and disappointment filled Maggie at the loss of his heat. She stared into the dark thunderstorm whirling in his eyes.
"Do you forgive me?" His hoarse voice rumbled through to her inner core.
The elevator bell chimed. Startled, Maggie nearly jumped at the ring. She turned to the console. Her numbered floor illuminated.
"Saved by the bell." He released her.
Maggie couldn't resist looking at him. His eyes were veiled but the confident smirk returned. As the elevator doors opened, Maggie wondered who would be the more difficult challenge to overcome: Burrows or Brandon?

Readers: Drop us a line and let us know your thoughts.
See Tori's question for you up above in the red.