Why? The answer is here from Laurie Alice Eakes!

A book you are going to want to read. This one was well worth the wait.
Read on -- 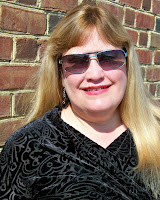 When I was working on my midwives project in grad school, I ran across a book with just a couple of paragraphs about a midwife who made her living going to sea with pregnant women. Since I love books that take place at sea, this struck my fancy. What better! One of my midwives and the sea. I started my usual process of asking why questions: Why would a midwife go to sea in the middle of a war? Why would her sister-in-law want her to go to sea with her? Why would the enemy help an American imprisoned in England? Why…? Why…? Why…?
The answers came to me as swiftly as a ship in full sail, and—Voila!—I had my story.

At least I had my story premise. The details took a bit more work.

One woman takes the treacherous journey
toward redemption . . . and love.
All Phoebe Lee wants out of life is to practice midwifery in Loudon County, Virginia. But when she is pressed by her pregnant sister-in-law to help save her husband from an English prison during the War of 1812, Phoebe cannot refuse. The two women end up aboard a British privateer crossing the Atlantic under the command of a man with a deadly mission.
Captain Rafe Docherty promises to get Phoebe’s brother-in-law out of prison in exchange for information he holds—information Rafe needs to track down and destroy the man who killed his wife.
As Rafe plots revenge and struggles against his attraction to Phoebe, she determines to get ashore before she loses her heart and before her patient goes into labor. But an enemy in their midst threatens to end their plans, the ship, and their lives.
Excerpt:
http://www.lauriealiceeakes.com
(Learn more about Laurie Alice Eakes at her website)
Posted by Unknown at 12:32 PM