What An Amazing Guy!

Join me in saying hello to Nolan Carlson, a prolific writer, adventurer, who, like so many authors, finds himself retreating into his own world as he dreams up new stories. 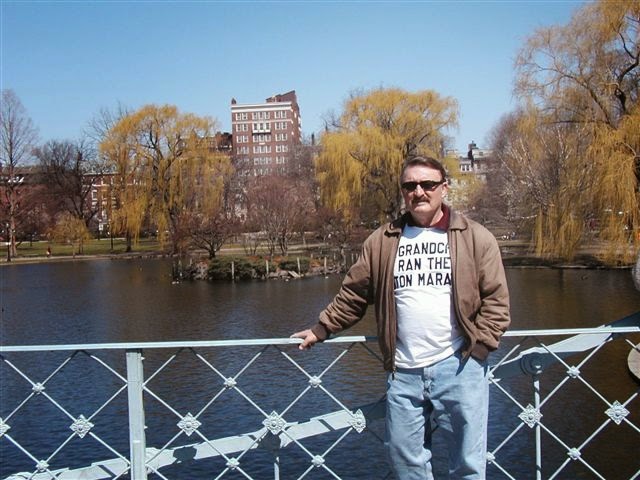 I grabbed hold of Nolan to see what we could learn about him. A very interesting man, indeed.

SDC: Welcome to A Pen for Your Thoughts, Nolan. Please tell us a little about yourself.

Nolan: I started writing as a kid.  I wrote mysteries, sports, and animal stories.  I loved to write fiction and retreat into a "world of my own".  I wrote three manuscripts while I was in the military service.  When I got out of the service, I put my writing aside and went back to graduate school and raising our four kids with my wife, Lorena.  I taught special education and owned a restaurant at the same time.

All our kids finally became college graduates.  When I was close to my 40th birthday, I decided to take up writing once again.  I sent excerpts of my writing to several New York literary agents and one day I got a telegram from the Glenn Cowley Agency.  He liked my writing and I went on to sell five titles to Berkeley Publishing of New York.

My agent told me that a new publishing house from Melbourne, Florida was looking for quality books for middle school boys.  He asked me if I had any interest. I wrote a book called "Summer and Shiner" depicting my boyhood in a small rural town in Kansas in the Flint Hills.

SDC:  Then you were writing for middle school boys related to your own childhood.

Nolan: Yes. We grew up much like Tom Sawyer and Huck Finn.  It was wonderful.  When I sent the manuscript to the new publishing company, it was chosen to be their lead hardback book.  They received over 300 entries nation-wide so I felt very fortunate.  75% of the book and the series is fact and 25% is fiction.

SDC:  Who was Shiner? Was he real?

Nolan: Shiner was our pet raccoon that we released from a trap.  The book Summer and Shiner was held by Disney Studios for six months as a movie option.  From that point it won the Hearth Award and was presented first prize at an authors' banquet.  It also was favorably reviewed by Booklist in Chicago.

SDC: Where did all this take you next?

Nolan: This initial book became the first of a series: Summer and Shiner, Shiner's Return, Shiner and King, Shiner and Baseball, Shiner and Hobo Joe, and Super-kid vs. Super-bully.

SDC:  It sounds like a wonderful series! Have you written anything else?

Nolan: I've written many other books including: The Wizard of Halloween, Balbena's Grave, The Lopsided Angel, Vagabond Jack (wolf-dog), Lewis and Clark; Davey Hutchins and many more.

SDC:  Those sound awesome, Nolan.  What specific book would you like to tell us about this week?

Nolan: It's called Broken Vows. This book is a departure from my previous genres.  It seemed to fit better in Vinspire Publishing's list of genres.
SDC: Before you tell us more about Broken Vows, what other interesting tidbit can you tell us about yourself?

Nolan: My wife and I have been married for 44 years.  She is a former Catholic nun and a retired algebra teacher and for the past 14 years she has worked full time volunteering at Community Health Ministry helping others. I obtained a Ph.D. some years back and now teach two college courses, counsel people, go to schools presenting programs on reading and writing, and of course have a book in the making at all times.

SDC:  A busy life and an adventurous family for sure, and they must be an encouragement to you as an author. 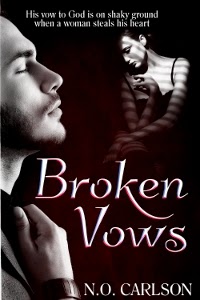 Nolan: We have four grown children and six grandchildren.  Currently, one of our daughters is courageously fighting 3rd stage brain cancer.  She has received love and support from many people as well as the fine folks at Vinspire Publishing.  The CEO of Vinspire is always helpful, creative and supportive as well as the authors.  I feel proud to be among these skilled and creative folks.

SDC: Nothing could be more encouraging than that. As we finish could you tell us a little about your newest book, Broken Vows?

One man's promise to God becomes his torment.


When Fr. Dan, a charismatic priest starts his first assignment at St. Francis, he helps to transform a tired, complacent parish into one of renewed faith and hope. He’s loved by the parishioners and knows he is following the right path. Still, there is something missing from his life, something he can’t place until a beautiful war widow arrives from Alabama.

Lucy captivates him and steals his heart. Though there’s been a hint from the Vatican for decades that someday priests will be allowed to marry, Fr. Dan doesn’t believe it will happen in his lifetime. So he’s left with a painful choice. Does he choose to love Lucy from afar or walk away from his commitment to God and the Catholic Church?

SDC: Thank you so much for coming to see us here at A Pen for Your Thoughts! Your books with the story of your life is a book in itself!

Here is an opportunity for you to pick up Nolan's book. Click on the link above. You will be glad you did!
Posted by Unknown at 2:03 PM