When I put words to pictures in Psalm 8 of the King James Bible, it's not that hard to imagine what David saw when he looked out the window or took a daily walk through the country side. With his knowing God's heart, I believe he was able to see past what the average person can see.
When a photographer shoots a picture for a magazine, book, or newspaper, now, he or she likely sees the beauty within -- the story behind the image.
When I study the pictures portrayed through the words of Psalms 8 and in other Psalms that David wrote, I find myself visualizing  the awe of God's power in creation -- how He show us a new born animal, an opening flower, or maybe even the sunrise and sunset.
The scriptures laid out  in Psalm 8 and in others offers me, as the reader, so much about nature and creation throughout. Psalms 19:1  tells me: 'The heavens declare the glory of God; and the firmament shows his handiwork.'
I can see nature also in Psalms 23. 'He maketh me lie down in green pastures: he leadeth me besides still waters.
Psalm 29 talks of the power of water, the beasts of the field, and how David talks of the deer.
Around here where I live, we're sometimes annoyed by the deer. When they're walking across a busy road, blocking traffic or destroying yards by eating the flowers it can cause quite a hassle. Not only are they often a nuisance, we can't help but worry how we might harm one of them.
Still, I have to  stop and try to remember Psalm 18:23. He maketh my feet like the feet of deer. And sets me on my high places.'
One of my favorite Palms is the 104th. My Bible has it titled appropriately:  'Psalm Rehearsing Creation'. Almost all 35 verses describe God's wonder.
Looking back at Psalm 8 and verse one, I love how it begins.  'Oh Lord, our Lord, how excellent is thy name in all the earth! who has set thy glory above the heavens.'
In Charles Spurgeon's Treasury of David, I read that David is proclaiming Jehovah Our Lord, How excellent is your name.  He was not just in heaven, but also Above the heavens. Greater, higher, and beyond.
In a quote by Adam Clarke, Charles Spurgeon wrote: "'No name is so universal, no power and influence so generally felt, as those of the savior of mankind.'"
In vs. 2 of Psalm 8, I read, Out of the mouth of babes and suckling infants hast thou ordained strength because of thine enemies, that thou mightest still the enemy and the avenger.
Here, David bring up the future purpose of children and infants that will do mighty works for God.


In vs. 3 I  read, When I consider your heavens, the work of your fingers. The moon and stars, which you ordained.
When I attended college in California I took an Astronomy Lab. We spent two weekends out at Lake Sonoma on a hillside away from all the lights.  There, you could see the stars stretch from horizon to horizon. Uncountable,  although many scientist have tried.
God knows them all though. He knows how many are there. He knows their names  every one.
I obtained a picture of a moon cycle. We call it a Crescent moon. I found another picture of the stars rotating around the one star which stays stationery in the sky. (Another of God's amazing mysteries.)
We are fortunate to probably know more about the galaxies and light-years than they did in David's time, and I sincerely believe  the universe and the firmament in all its beauty is still as wonderful today as it was back than.
In vs. 4 of Psalm 8, I read: What is a man, that thou art mindful of him? Or the son of man, that thou shouldst visit him?
In Treasury of David Spurgeon helped simplify to me what this meant. From his commentary, I was able to glean, that 'man' used in this verse in the Hebrew translation means infirm or miserable man. This verse is not talking about the creation of man, but of his state of sin, misery, and mortality. And why would God even notice us, much less care for us?
In my own words, we are not worthy of his mercy and love, but he loves us anyway. So much so, that he sent His only begotten son to die for our sins. (John 3:16)
His mercy is pretty astounding. Thomas Washbourn wrote in 1654, "Thou didst thyself abase. And put off all thy robes of majesty, taking his nature to give him thy grace.To save his life didst die; He is not worthy of the least, of all thy mercies, one's a feast."
In vs. 5 of this 8th Psalm it says to me, Thou has made him a little lower than the angels.
Like in the poem I just read in part, I can see how Jesus took off the mantle of his  greatness and humbled himself to become man from his birth to his death on the cross. We don't really know what he looked like as a man -- in fact he was as a person people didn't generally notice. Regardless of his outward appearance, however, His character shown through and though.
Like a light shinning in the darkness.
The last few verses 6, & 7  of Psalm 8 I read, You have made him to have dominion over the works of your hands; you have put all things under his feet, All sheep and oxen-Even the beast of the field, the birds of the air, And the fish of the sea, and whatsoever passeth through the paths of the sea.
Adam had dominion over the animals but lost that right when he sinned. Animals were converted to a more natural state after the flood, to give them more defenses against man. But we see in the gospels how Jesus can take a unbroken colt and ride it. He could stop the crow of a rooster till the right time even though we know roosters tend to crow whenever they feel like it. He can take a fish-less lake and fill an empty net.
It's a wonder to me that so many were blind to Jesus then and still are today. The creatures God created just for the ocean itself are amazing and wonderous.
You have to wonder why man still deny's the existence of God.
And finally vs. 8 of Psalms Oh Lord our Lord, how excellent is your name in all the earth!


What a great closing verse to reflect on. For how excellent is our Lord to provide this wonderful earth for you and me as our temporary home. Anmals to give us beauty and comfort. And that most of all, he gave a Savior, Jesus,so that no one would have to perish.
Beauty in the eyes of the beholder comes in different ways, I realize, but for me, right now, what better way to reflect on God and his creation than to see it through His scriptures -- and right here in Psalm 8.  Looking at God in just this small way could make anyone's day. One needs to only open her or his eyes. 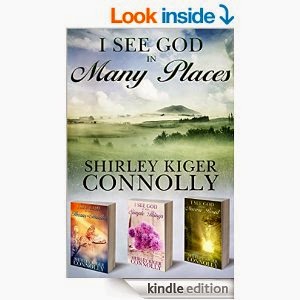