From a Spaceship Captain Hopeful to a Published Author 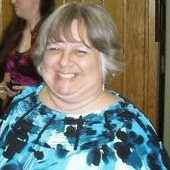 Alana Lorens dreamed for many years of being a spaceship captain, but settled instead for inspired excursions into fictional places with fascinating companions from her imagination that she likes to share with others. She has been a published writer for over thirty years, including seven years as a reporter and editor at a newspaper in Homestead, Florida, with a list of eclectic publications from horror to tech reporting to television reviews.

Writing as Alana Lorens, she produces romance and romantic suspense, including the Pittsburgh Lady Lawyer series, CONVICTION OF THE HEART, SECOND CHANCES, and the latest, VOODOO DREAMS, released by The Wild Rose Press in October 2013. She writes urban fantasy and science fiction/science fiction romance under the name of Lyndi Alexander. The Elf Queen, her first novel, was released by Dragonfly Publishing in July 2010; the series continued with The Elf Child, The Elf Mage and The Elf Guardian. She’s now working on the space opera Horizon Crossover series, and a YA trilogy, The Color of Fear—the first book, WINDMILLS, was published by Zumaya Publications this summer.


She is a single mother of seven, with two special needs children at home with her in Pennsylvania, and she volunteers at her local shelter for domestic violence victims, believing in every person’s right to be safe.


We are happy to share Alana Lorens with you this week.

SECOND CHANCES is the second book in the Pittsburgh Lady Lawyer series . Each book tells the story of a woman lawyer who practices in Pittsburgh, Pa, which is such a great city.  I wrote SECOND CHANCES because I am a solo law practitioner and I know how hard the economy is for women trying to run their own business. When Inessa loses the job she's had her whole professional life, she's in a bad way. The novel tells the story of how she gets back on her feet and rebuilds her own self-esteem with the help of a wonderful young man who sees just how special she is.

I also write stories that are focused on the plot much more than the intimate relationships. While there may be a brief interlude in the books, the heroine and hero are not lusting after each other all through every scene. For me, that's really distracting as a reader. I want to know the characters and what happens to them. They can get intimate during the times I have to put the book down, and I'll pick up after.  :-)

This romantic women’s fiction story begins the day attorney Inessa Regan receives a pink slip after ten years of faithful service. She’s been a mid-level associate her whole career, partners telling her what to do, providing her with an office and everything she needs. Thrown out into the legal world on her own, she doesn’t know how she’ll survive.

Her neighbor brings her first client, Kurt Lowdon, a young Iraq veteran with cancer, who’s looking just to have a will made. Inessa struggles to give Kurt what he needs, and he helps make it easy for her.

Once his immediate needs are met, he takes her under his wing and brings her more clients as well as a place to open an office to see them. Things begin to fall together for her, including a very special friendship with Kurt that becomes something more.

But his past military service in Iraq, and the friends he’s made there, begin to cause problems for them both, as well as issues his drug-addicted sister delivers to his doorstep. He still hasn’t kicked his cancer, either, and Inessa wonders if falling in love with him is a blessing or a curse.

To learn more about Alana and her books, check the following.


http://clanelvesofthebitterroot.com  or on Facebook at The Elf Queen (Clan Elves of the Bitterroot Series); Lyndi Alexander’s blog at http://lyndialexander.wordpress.com; Alana Lorens website at http://alanalorens.com . She also writes at http://awalkabout.wordpress.com, where she talks about life, autism, travel and writing.

Inessa had visited the Pittsburgh IKEA store half a dozen times before, addicted to the simple, classic furniture designs and colorful décor items, but none of those experiences had ever been like this.

Perhaps the difference was because Kurt was a man, maybe it was the purpose of the visit, but she had fun. Negotiating the departments along the store’s one-way dictated path became an adventure different from any she’d had with a girlfriend.

The things that attracted Kurt’s attention! Forget the Swedish meatballs. He raved about a cushy pillow in shades of spring green and chocolate. He bought new towels in bright red and orange. Every gadget fascinated him, and he dug a sample out of the bins to test each one.

When they passed one bedroom set-up, the downy beige and green comforter was softly rumpled, as if the owner had just climbed out seconds before. “That looks comfortable.” he exclaimed, and he scrambled right in.

“Kurt!” She’d looked around, mortified. Several young couples passing by in madras Dockers and khakis stopped to stare; some smiled.

“What? This is a display bed. You’re supposed to try it out. Come on.” He held up the covers for her to join him. The mischievous expression on his face broke her up, embarrassed as she was.

“I don’t think so. You rest. I’ll be looking at office supplies.”

“Spoilsport. No one will care if you romp in the bedroom department at IKEA. Look, now everyone else is, too.” He gestured to several displays around them as other customers climbed onto neighboring beds, laughing and teasing each other. When she still held back, he affected a pout and pushed himself out, smoothing the bedspread again. “All right. Business first. Let’s go.”

Over the next couple of hours and the seeming miles of displays, he thoughtfully helped her select what she needed—a desk, comfortable chairs for her consulting clients, bookshelves for her legal research materials—but also remained playful. He had to experiment with every one of the wheeled desk chairs, spinning them around until he found the one with the least traction. “Try this one. It’s better than Kennywood.”

She laughed and checked the growing list of items on the small screen of her Blackberry, and the total she’d be spending. The thought of invading her cushion money sent little electric quivers through her midsection, but now that she was committed to this, it had to be done. “I think that does it.”

They went down to the first floor and traversed the long rows of cardboard boxes, loading the ones they’d chosen onto a flatbed cart. He grabbed a new desktop set in green and blue. “You need this.”