California author Delia Latham is a Christian wife, mother, grandmother, sister & friend, but especially loves being a princess daughter to the King of Kings. She has a thing for Dr. Pepper & loves hearing from her readers. Contact her through her website, her blog, or over on her Facebook author page (Delia Latham). 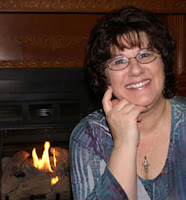 
With her marriage over and her mother fading fast, Lexi's heart is a fortress. Can a handsome author's faith find the key?


Forty-three-year-old Lexi Carlisle’s abusive marriage ended three years ago. Deeply scarred by the experience, and helplessly watching her beloved mother succumb to Alzheimers, Lexi is devastated. After selling her fancy home, she rents a cottage in Heart’s Haven, a special place unlike any other. Slowly learning to live again, she despairs of ever delivering the message of love that burns within her heart for her ever-worsening mother. But Mitch Gaynor, a handsome Christian author, reminds Lexi that with God all things are possible, planting within her battered and distrustful heart the seed of hope for a miracle. But can she open her fortressed heart to God? And is Mitch a part of His plans for her future?


Short Excerpt:
Mitch knew that God had given her a mega-dose of beauty she wasn’t even aware she possessed, but any fool with decent eyesight could see that. He knew her husband deserved to be lassoed to the meanest bull in Texas and dragged clear across the state. Mitch had no use for a man who would mistreat a woman—especially one like Lexi. Even Malinda had only good things to say about her, and for Malinda, that was a big thing.
He also knew that Lexi’s no-good excuse of a husband had divorced her three years ago, in favor of some young thing he’d no doubt treat exactly as he’d treated Lexi.
And with Todd Carlisle out of the picture and already married to someone else, Mitch was acutely aware that he was free to act on his attraction for the lovely woman who now stood in Mrs. Martin’s doorway, staring at him as if he’d grown another head right before her big green eyes.
In fact, he couldn’t think of one good reason he hadn’t done that already. Except…well, doggone it, the woman all but radiated a “no trespassing” policy.
A panoply of expressions chased one another across Lexi’s face. Curiosity battled with concern…and something else. Mitch considered himself a more-than-passable reader of people, and unless he’d lost his touch, he was looking at a whole heckuva lot of distrust.
Lexi didn’t quite like him, and certainly didn’t trust him.
****
He’s way too handsome. Lexi raked the man’s chiseled features with a sharp gaze. Men are either nice or handsome. Rarely both. And it’s easy to see which category Mitch Gaynor falls into.
Her acid tone seemed to have no effect on him. He stood at ease, one finger marking his place in the novel. His eyes tracked her like a hunter might watch a particularly skittish prey—not quite ready to put a bullet in the poor animal, but determined not to let it escape.
Well, she was nobody’s prey. Not anymore.
“I asked what you’re doing here with my mother, Mr. Gaynor.”
His lips twitched annoyingly, and she realized her slip of the tongue. Now he knew that she knew who he was. Oh, well. She hiked both brows in what she hoped was a suitably challenging expression.
He held up the book. “I’m reading to her, Ms. Carlisle.”
So he recognized her, as well. From Angel Hair, of course, since—unlike him—she wasn’t famous for anything at all.
“I was actually able to figure that out on my own. Why are you reading to her?”
To her irritation, a teasing grin appeared on that movie-cowboy face.
“Well…why not?”
Oh, yes, this guy was far too handsome, with a body to match—not that Lexi noticed—and downright cocky to boot!
*********************************************************************************************


Learn why Delia wrote this book


I wrote Lexi's Heart when it became clear that Heart's Haven

(a collection of novellas I co-author with three other writers) would be contracted for a second round of stories. Set once again in our fictional East Texas cottage-rental complex (which is rumored to be a favorite hangout for angels...), Heart's Haven Collection #2 has a holiday theme. My contribution is a Mother's Day story. But our books are romances, so the Mother's Day thread needed to be a background thing, with the focus on the romance. I wanted to feature a heroine who wasn't experiencing love for the first time, and whose abusive past made it hard for her to risk her heart again. A friend of mine is dealing with her husband's rapid physical and mental decline due to Alzheimer's, so I've been a witness to the cruelty of this terrible condition. That's why Lexi's mother has Alzheimer's.
I don't claim to be any kind of medical professional, or to have close personal experience with Alzheimers, but I have seen how painful and devastating it can be. I pray that Lexi's story will be a blessing to someone who is going through such a situation. If Lexi's story can brighten their day and make them smile, then I will consider Lexi's Heart a wildly successful book.
***************************
If you'd like to get your name in for the random drawing to win one of Delia's recent books, Jewels for the Kingdom - her first Heart's Haven book - in the winner's choice of format (Kindle, Nook, PDF), be sure to take a moment to respond to one of the questions below, leaving your name and email address.
Ms.Latham would also like to extend an invitation to the Facebook release party for Lexi's Heart on Friday, May 3rd.
QUESTION ONE:
Mother's Day is fast approaching. If you're still blessed to have your mother with you, how will you honor her this year on Mother's Day?
QUESTION TWO:
If your mother, like mine, has already gone to be with the Lord, will you do something to honor her memory this year?
QUESTION THREE:
Are you a mother? What is the best gift you could be given on Mother's Day?
Looking forward to hearing from you this week