July takes us into a great time to discuss sequel writing, trilogy writing, and that all included writing series project sitting on our back burners.
See what LoRee Peery, our resident author has to say and be sure to drop in and leave YOUR thoughts on the matter.

Sequel, Trilogy, and Beyond = Writing a Series


When I began working on Moselle’s Insurance, the first story in the Frivolities Series, I had no idea I was embarking on an adventure. My focus was on Moselle’s reunion with Eric, and the kooky shop her mother Geneva and aunt Lanae had established. Fellow writers and crit partners commented along the way how much they enjoyed the secondary characters (future, older heroines). And one writer friend really liked the hero’s ex-wife.


Have you ever tucked such remarks away, as I did? 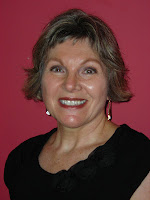 With each writing project, I keep my brainstorming ideas, do character charts, make notes on setting, and print out any research I gather. This material goes in a three-ring binder. I also use visuals. Sometimes I only begin with pictures of hero and heroine, Eventually, I  end up with several pages of collage.

The notes for Moselle’s Insurance made it easier for me to create a sequel when the secondary characters starting crying out for their own stories to be told.


Something sparked when I typed Eric’s friend Rainn saying, “If the daughter looks anything like the mother, you’ve got a good thing going here.” From then on, Geneva became flustered in Rainn’s presence and I took notes for the next story. Writing Lanae saying he could rain on her parade, I had the second title: Rainn on My Parade.

Author Delia Latham said she originally pitched only the first book in the Solomon's Gate (the Christian dating agency) Series. At that time, Destiny's Dream was completed. She had the next titles, Kylie's Kiss and Gypsy's Game. She realized writing a pre-contracted series (she had eight months to complete the next two books) made the writing easier, because she works best under pressure.


Delia’s tips: CHART and PRAY A LOT -- A 3-foot cork board hangs on the wall beside her desk. She printed out the detailed chart and push-pinned it onto that cork board, which made all vital information available at her fingertips when she ran into questions.


I created a Frivolities trilogy with Sage and Sweetgrass, which evolved once I finished Geneva and Rainn’s story. And, I have to admit how easy the words often flowed because I knew Lanae so well after presenting her in two earlier stories. What romance reader doesn’t like a cowboy? For Lanae’s backstory, I’d already placed her on a ranch with her deceased husband, so I really didn’t consider anyone else but a cowboy, haunted by his past, as a match for her.


A call for submissions on a writers’ loop prompted Author Mary Manners, who actually dreamed all four stories in her first series, The Sweet Treats Bakery. Mary went to bed one night thinking about the series and profoundly, “Woke up and immediately wrote down all I could remember. I had heard of that happening with other writers, but had never experienced anything like it myself. It was amazing. (My husband thought I had lost my mind).” She is currently working on her fourth series.

Mary's tips: Keep a NOTEBOOK based on theme. Select appropriate BIBLE VERSES. Link TITLES to theme. Name CHARACTERS -- hero, heroine, children. She then writes the SYNOPSIS for each. Mary pictures a bike wheel: hub, spokes and rubber tire. When she gets stuck, she refreshes her mind by running or mowing the lawn.

As for me, I went beyond the trilogy with Beth, the ex-wife from the first story, who kept popping up in my thoughts. She was introduced in the first story as Moselle and Eric’s high school friend, a wild child. She metamorphosed into a likable soul, and romantic suspense lover that I am, I came up with a more detailed, darker history for her. I’d also always wanted to write about wolves. Found in the Woods, edgy with suspense elements, is scheduled for release July 27, 2012

According to Author Tanya Hanson, The Hearts Crossing Ranch series, based on a contest, was the first time she contracted on short synopsis. She called it a leap of faith by the editors. One of the contest rules was that the hero had to be one of eight siblings. So her imagination started ideas about the other seven Martin men, who all had an important role at the ranch.


Tanya’s tip: KEEP DETAILS STRAIGHT. She claims to be disorganized, and if she writes another series, plans to use Post-It notes all over the wall.

Series writing comes about in varied ways. Some authors begin with building the setting as a location or a world, with related characters. Others “see” the whole thing ahead of time, with a common theme, and add their characters chronologically. Some stories are stand-alone novels, others end with an obvious invitation to go on to the next book to complete the picture. Theme and recurring characters flow from one to the next as individual writers weave a story question and goal into each book, or intertwine them is such a way that the whole series has the same story question.


As for Frivolities, a series which has linked characters, I wasn’t ready to leave these strong women alone. Since writing a novella was on my goals list for 2011, I wrote Lezlie’s Lifeline. Lezlie is Sage’s daughter, who had kept her son’s father a secret. Her story has been contracted with White Rose Publishing as a future dollar download.


Writing books in a series reminds me of the comfort of sliding into a favorite pair of worn blue jeans at summer’s end, or putting on house slippers after being in heels all day. Familiar. And I am thankful to the editors at Pelican Book Group for availing that familiarity to readers.

As a reader or writer, what do you prefer? Series or Saga reading or writing or those Stand Alone masterpieces? Drop us a line and let us know your thoughts.


LoRee Peery writes Christian romance, where characters learn through spiritual struggles how to come to terms with the Lord’s will. She is a country girl who attempts to see God’s presence every day. That glimpse often comes as a gift from nature. LoRee is most relaxed in the outdoors.
www.loreepeery.com                                      http://www.pelicanbookgroup.com/ec/