We all love a DELIGHTFUL TOUCH OF HUMOR, don't we? 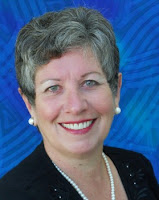 Another one of the author contributors here at A Pen for Your Thoughts is Anne K. Albert, whose award winning stories chill the spine, warm the heart and soothe the soul…all with a delightful touch of humor. A member of Romance Writers of America (RWA), Mystery Writers of America, Sisters in Crime, and married to her high school sweetheart for more than a quarter of a century, it's a given Anne would write mystery (Muriel Reeves Mysteries) and romantic suspense (Piedmont Island Trilogy). When not at the keyboard our friend Anne loves to travel, visit friends and family, and of course, read using ‘Threegio’ her cherished and much beloved Kindle 3G! You can also visit Anne’s website over at www.AnneKAlbert.com/


Beginning writers spend considerable time and energy creating believable characters, writing snappy dialogue and developing action packed plots. It’s understandable, therefore, their tendency to ignore setting.
By definition, setting is the locale or period in which the action of a novel takes place. It can be urban, rural, tropical, wintry, foreign, indigenous, and/or everything in between. A sleepy English village on a clear, crisp winter’s day for example, is a profoundly different setting from a bustling Asian city of fifteen million battered by a category five typhoon.


Setting, however, is more than just scenery. It establishes mood. It creates conflict and causes turmoil. It impacts and changes the characters. It can (and should) move the story forward.


DEFENDING GLORY, first in the series, http://www.amazon.com/Defending-Glory-ebook/dp/tags-on-product/B0045JL61E tells the story of a woman who believes unconditionally in the Lord and a man who is convinced there is no master plan, no purpose in life, and most certainly, no merciful God in Heaven.


Suffering from survivor’s guilt and unable to resume his career with the FBI, Mac McKeown moves to northern Minnesota to start over as a general contractor and forget that fateful day that changed everything. When he discovers the body of his nemesis on Glory Palmer’s property, along with a warning for her to leave while she still can and abandon her dream of building a Christian retreat, Mac realizes his past has come back to haunt him and an innocent woman’s life is in grave danger. He vows to keep her safe during construction of the retreat, but can he protect his heart as well?


The tagline for PROTECTING HOPE, book two of the series, also makes good use of its setting: Serene Piedmont Island seems the perfect place for a workaholic accountant to kill five weeks…until she realizes someone’s trying to kill her.

PROTECTING HOPE will be released this spring by Vanilla Heart Publishing. Visit the Piedmont Island Trilogy blog http://piedmont-island-trilogy.blogspot.com for details.


If you are interested in getting your hands on one of Anne's good book, take a few minutes to respond to her great question: Your answers help all of us as writers, know which direction to go next.
Are there settings that appeal to you as a reader? Are there certain locations that you dislike? As a writer, do you have a favorite setting?

Leave that comment to any of the above questions and your name will be entered in our drawing later this week to win an e-copy of Defending Glory.
We look forward to picking one name at random at the end of the contest. Good luck, and as always, happy reading!
Posted by Unknown at 2:02 PM