What Happens on a Mississippi Night? Ask Daphne. She'll tell you.

I love to share new authors with you. DM Webb (Daphne) has come to share a little about herself with us as we close out 2011 and move in to 2012.  Daphne lives an exciting life! You won't want to miss reading about it as she uses her active lifestyle in the creation of her books. What could be better than that? 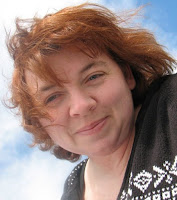 DM Webb lives, along with her two sons and a variety of pets, in the beautiful state of Mississippi. She is an active member of American Christian Fiction Writers (ACFW).
Her studies in art and sociology coupled with her many jobs ranging from bookstore clerk to volunteer firefighter/EMR has produced a plethora of ideas for upcoming books. You can find Daphne here:
www.dmwebb.com
http://goldenrosebooks.blogspot.com
http://dmwebb-writebyfaith.blogspot.com

The blurb to her NEWEST book, MISSISSIPPI NIGHTS:
~~Two brothers, one death--the bond of brotherhood faces its greatest challenge against resentment and guilt.~~
Can the love between two brothers eventually win against pain and guilt?
When Firefighter David Boyette’s fiancée perishes in a car fire, he blames his brother, Sgt. Jeremy Boyette, for her death.
Three years later, David returns home with a dark and devastating secret. With the help of family, a woman’s love, and a small child’s devotion, can David overcome insurmountable odds as he and Jeremy face the bitterness that enslaves him?
Together the brothers must decide if the bond of brotherhood is stronger than resentment and hate.

EVERYONE WANTS A CHANCE TO GET A PEEK AT A GOOD NEW BOOK! WHAT BETTER WAY TO TAKE US INTO THE NEW YEAR THAN TO HAVE A GLIMPSE AT DAPHNE'S NEW MISSISSIPPI NIGHTS. CHECK IT OUT WITH ME, AND DROP DAPHNE A LINE HERE AT A PEN FOR YOUR THOUGHTS TO LET US KNOW EITHER WHAT  YOU HAVE PLANNED FOR THE NEW YEAR OR A COMMENT YOU'D LIKE TO MAKE ABOUT WHAT YOU READ SO FAR. WE LOOK FORWARD TO HEARING FROM YOU AND ARE GOING TO DRAW ONE OF YOUR NAMES IN THE NEXT FEW DAYS.


HAPPY AND BLESSED NEW YEAR!
Chapter 1
The white gravel drive, with its mailbox reading Dean and Leigh Boyette, wound down to the stately brick Georgian house. David had never driven the familiar ride with such apprehension. He was the prodigal son returning home—minus the guilt. 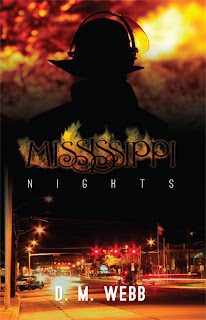 Rocks crunched beneath the tires as he brought his old, beat-up Chevy truck to a stop. He sat there, hands on the wheel, taking deep breaths. Sweat coated his palms. It had been three years since he last sat in this drive. Letters, phone calls, and e-mails had kept him in touch, but now he was back in Jasper City for good. He was an adult, for crying out loud, and he did not need to be running home like a small child.
The door creaked, testimony of the truck's age, as he opened it and stepped out onto the driveway. His boots, like the truck, had seen better days. So had he.
Old possessions. Old clothes. Old beyond his thirty-five years. Just plain old.
David grabbed his duffel bag from the bed of the truck and trudged the few steps to the front door. He sidestepped the fat tomcat asleep on the porch's step. Fat Tom, big, yellow, and lazy.
"Mornin', Fat Tom," David whispered.
Fat Tom opened one eye in greeting and then rolled over, perfecting cat arrogance.
David cocked his head. The door knocker was new, outlandish, and bulky. Mom's idea. He lifted the clown and let it fall against the metal plating. Yep, that heavy clank would get someone's attention.
So he did it again. And again. And again.
Someone yelled. "Coming!"
The clown went up and then down.
"I said I’m coming!"
Again David lifted the clown and let it plummet.
"Coming!" This time the voice screeched.
The door jerked open, and the woman, plump, beautiful, and smelling of jasmine, screeched again. This time in delight. "David!"
His feet practically left the porch as his mother pulled his tall frame down to her, enveloping him in a strong hug. "Oh my goodness! You said next week, David! Oh my goodness!"
The mantra nearly brought him to tears as she kept him in a bear hug, rocking gently.
"I couldn't wait, Mamma." Her gray streaked hair muffled his voice. "I had to see you."
She finally pulled back. "Oh, I have missed you. You look tired. And shaggy. Look at that hair. You would think it was the 70's again." She pulled at him. "Come in, silly! Go put your stuff up and get to the kitchen. I got to fatten you up again."
David bent to kiss his mother's cheek. "I've missed you, Mamma. And your cooking."

"Your sister will be here in a little while, along with Marty Junior. She will be so surprised to see you."
His mom practically skipped back to the kitchen as David climbed the stairs. Once again the familiar felt strange. Same pictures still hung on the wall. The handrail still wiggled. New rosy carpet covered the floor.
He turned right and stood in front of his bedroom. His dad had painted over the green stripes that he put on the door so long ago. He peered inside. A wave of sadness surged over him.
Same full size bed. Same curtains. Same old furniture. But none of his life before remained. When he left, he had screamed, shouted, hurled curses, and said he would never return. Now his room was a guest room. His things must have been packed away in the attic or the storage building out back–his things that had once occupied the new home that he would have shared with Rebecca, things that David had moved into this room before he left it all behind. He forced a swallow past his dry throat and blocked those thoughts.
The duffel bag bounced once when he threw it on the bed. He sat beside it and buried his head in his hands. Weariness, that old cliché, washed over him and entered his bones.
He was too tired and too empty.
As exhilarated as his mother was to see him, and his father and Darlene probably would be also, he doubted Jeremy would welcome him back. Resentment, borderline hate, still flowed between them.
"Your things are in the attic."
That deep, melodic voice had never changed. It commanded attention and brimmed with affection.
David smiled at his father, who leaned against the door frame. "Hey, Dad."
"Come here, Son." His dad took two long strides and pulled David into a tight embrace. "It's so good to see you home, Son. Let me look at you." His dad held him at arm's length. "You look tired. Beat up."
"I am tired."

"What happened in St. Louis?"
David shook his head. "Nothing, Dad. Nothing at all."
"You needed home." His dad could read him just as well as that well-worn Bible of his.
"Yeah. I needed home."
SOUND INTRIGUING? DROP US A LINE. DON'T FORGET TO TELL US EITHER YOUR THOUGHTS ABOUT THE STORY, OR WHAT YOU ARE PLANNING TO DO FOR THE NEW YEAR. DON'T FORGET TO LEAVE AN EMAIL ADDRESS.
Posted by Unknown at 9:09 AM