A Memorial Day Message for Us All 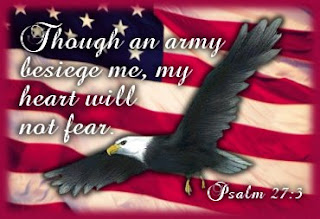 
As the wife of a Special Forces (Green Beret) Colonel, Memorial Day holds a special place in my heart. The holiday is a day to remember those who gave the last full measure of devotion in the service of our country. We honor the sacrifice of those men and women who died on the field of battle.
We acknowledge the debt we owe to those men and women who, because they cherished freedom, chose to live as warriors. Our military provides a bastion against our enemies. The valor and courage of our uniformed forces, from Valley Forge to Afghanistan, guards America’s freedom.

Why are they so willing to fight and die? Because at the heart of America is freedom. The price is high, but freedom is worth dying for. So we remember the past because the price of forgetfulness is loss of freedom. On Memorial Day we Americans reconnect with our history and values to honor those who gave their lives for the freedom we cherish.
Since the first colonial soldiers took up arms in 1775 to fight for independence, more than a million American service members have died to preserve that freedom. Each person who died was a loved one cherished by family and friends. Each was a tragic loss.
Observing this day was born in 1863. The Civil War raged. Grieving mothers, wives, daughters, and sisters were placing flowers on confederate soldiers’ graves in Columbus, Mississippi. They noticed the nearby union soldiers’ graves were overgrown with weeds. They cleared the tangled brush and weeds from those graves as well, and laid flowers on them. When the Civil War ended, Henry Welles of Waterloo, New York, closed his drugstore and suggested that all other shops close for a day to honor all soldiers killed in the Civil War. So, in a land ripped apart by conflict, healing and reconciliation began. In 1882, the nation observed its first official Memorial Day to honor the sacrifice of all Americans who died for freedom.
For decades Memorial Day in America meant stores closed and people gathered for parades and speeches and remembering. Sadly, today many Americans have lost this connection with our history. Memorial Day has degenerated into meaning a three-day weekend or a major shopping day. People have forgotten what the military stands for in our Nation’s history.